Q. What made you want to write a book about a fallen priest?  Aren’t there more pleasant topics?

A. I didn’t want to write the next Oprah Book of the Month!  I intended the book as an exploration of the deviant mind.  Why do men like him do the things they do? Do people we dismiss as perverted or simply evil view themselves that way?  If not, then how would they justify themselves?

Q. What has been the general reader reaction to the book’s main character—Father Tony?

A. The reaction has been surprisingly positive.  Readers and reviewers seem to be drawing a distinction between the man himself and his actions.  I don’t want to quote from a bunch of reviews here, but Publishers Weekly led the way by calling Father Tony a “likable character capable of heinous acts,” and the celebrated biographer Fred Kaplan went so far as to declare the book a sad story about an essentially good man.  Readers almost unanimously have found themselves attracted to Father Tony despite his significant flaws.  I believe there are two reasons for that.  The first and simpler explanation is that despite how abhorrent Father Tony’s actions are, his enemies are even worse; so on one level we find ourselves rooting for the lesser of many evils. Ironically, readers are distressed not that Father Tony isn’t sufficiently punished for his actions, but that his two arch-enemies aren’t!  The other explanation is a bit more complex.  I believe it is difficult to hate even our enemies once we truly understand them.  If the book had been written, as most abuse stories are, from the victim’s perspective, we wouldn’t care about the offender; we’d just condemn and dismiss him as a monster.  But I decided to tell this story from the abuser’s perspective, and by learning everything about the character, from his birth and childhood on, readers can truly understand him.

Q. What do you say to readers who are offended by the subject matter of the book?

A.  Well, the first thing I’d do is grant them that my book is certainly not for everyone. But then I’d ask these readers if they believe it’s possible or even likely that people like Father Tony really exist.  And if they grant me that it is, I don’t see how they can then say that his actions are not an appropriate subject for a serious work of fiction. Books are written and published all the time that deal with atrocious, anti-social behaviors—murder, rape, child abuse.  I’ve just created a character who uses his religion to justify taking advantage of the innocent or vulnerable.  That should be offensive to almost everyone. But should it follow that such behavior is therefore off limits for fiction? I don’t think so.

Q. Did you have a model for the Joe Broussard/Father Tony character?

A. Not a real one.  I just tried to imagine a frustrated, overweight mama’s boy and then gave him a voice.  Some readers have told me that if Ignatius Reilly, the hero of A Confederacy of Dunces, had taken Holy Orders, this could have been his story.  I didn’t model Father Tony off of Ignatius, but I can see their point.  That hypersensitive, almost paranoid air of superiority exists in both characters. 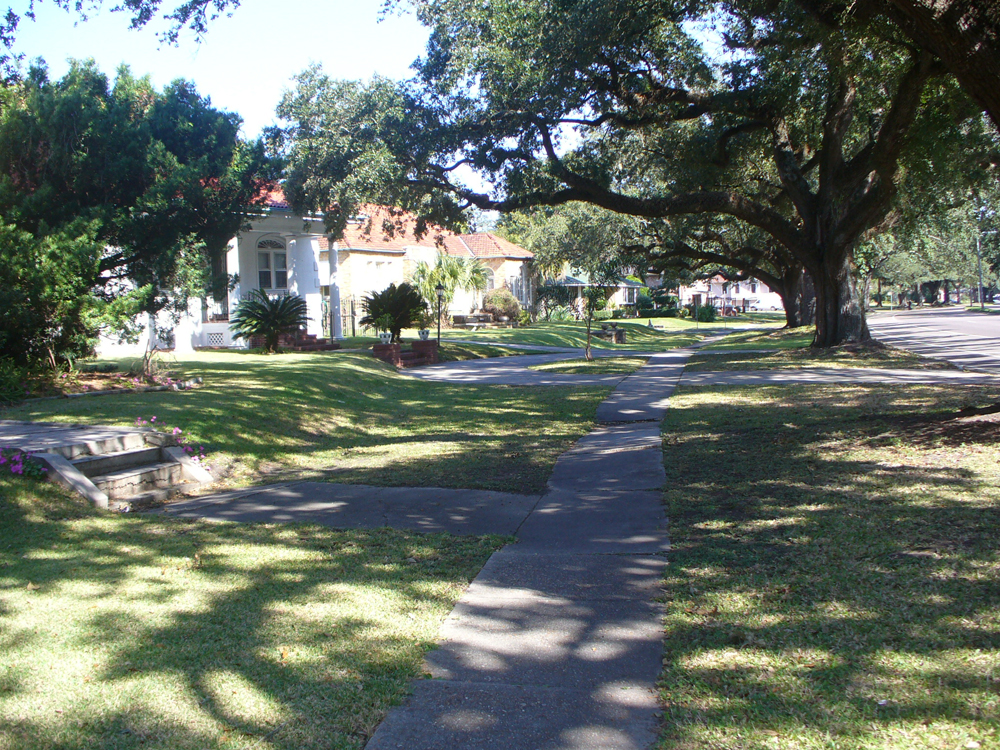 Our Lady of Consolation, the fictional “old nun house,” which was Father Tony’s last assignment in New Orleans before his disgraceful exile, was located on scenic Gentilly Boulevard, northeast of the CBD:

“The neighborhood of Gentilly Terrace was developed in the early twentieth century on beautiful terraced lots along Gentilly Boulevard. To passing motorists, the houses of Gentilly Terrace present a strikingly regal view, resting several feet above street level, a most unusual phenomenon in a city so otherwise topographically monotonous as New Orleans.”

Q. Did your education help you write this book?

A. Definitely.  I majored in Psychology as an undergraduate and American Literature in graduate school.  I hope both of those disciplines are evident in the book.  I wanted to write a serious piece of literary fiction for an intelligent readership.  But equally important to me was that the story be psychologically realistic.  In other words, I wanted to develop this character deeply enough so that an intelligent reader could understand why he feels the way he does and why he does the things he does.

Q. How did you come up with the birthmark as a symbol?

A. I honestly don’t remember how the idea came to me originally, but as the project grew from a short story to a novel, the birthmark took on more and more significance.  Ronnie, the narrator’s gay cousin, comes closest to nailing down the birthmark as a symbol when he tells Father Tony that it is his passion. Father Tony is somehow developmentally stunted sexually.  His “holy mark” reacts to stimulation much as a normal man would react sexually.  The birthmark is covered up through most of the novel—either by Joe’s real hair or Father Tony’s toupees; and only when it is exposed does he engage in erotic exploits.

Q. What was your inspiration for the extended Italian family? Was there a model for the Miggliores?

A.  The extended Italian family was based on my maternal grandmother’s family.  Her mother, my great-grandmother, came to the United States from Italy in the late 19th century and lived out her life in New Orleans.  Her name was Josephine Fazzio Quaglino, and like Mama Miggliore, she spoke only Italian even though she lived here for over sixty years.  Fortunately for me, she lived until I was nine years old—just long enough for me to have vivid memories of her.  Although I borrowed some real names from my grandmother and her siblings—Rose, Josephine, Joe—the individual characters in the novel are totally fictional. 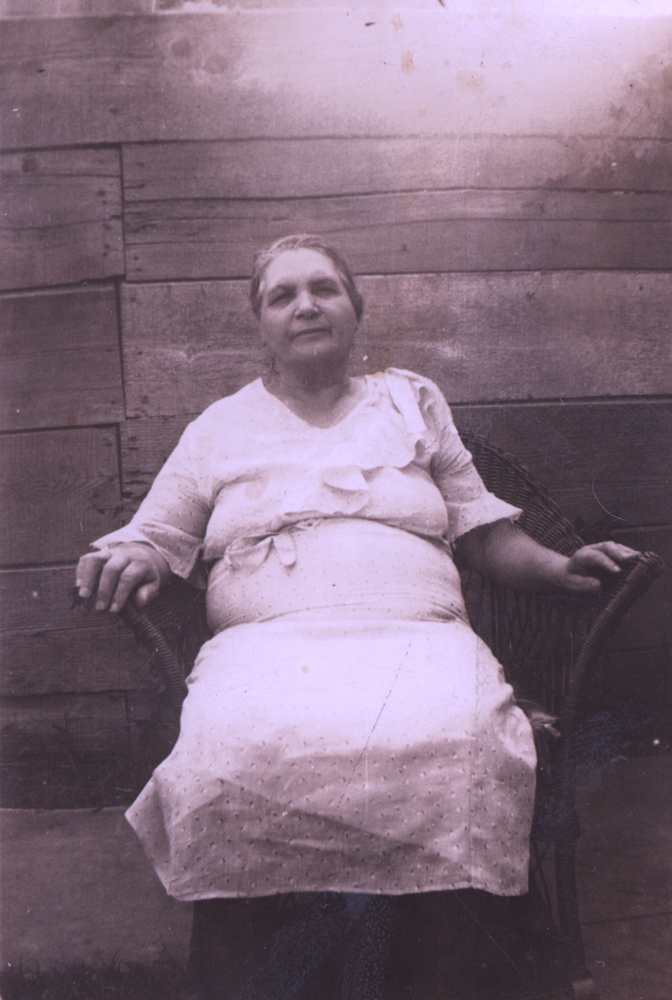 Josephine Fazzio “Mama” Quaglino, Greg’s great-grandmother in the maternal line, was the model for Mama Miggliore. Like her fictional counterpart, Mama Quaglino lived in New Orleans for over sixty years yet never learned to speak English.

“She had gotten immense in her last years. Her breasts were huge; like her nose and ears, they seemed to have never stopped growing. Bags collected in layers under her eyes, which drooped so that you could see the bloody softness under her eyeballs. I thought it was the weight of her ears and nose pulling down the flaccid skin of her face. . . .My mother was certainly right about Mama Miggliore’s looks. In the most flattering photographs I’ve seen, the best you could say is that she appears handsome, like a younger Gertrude Stein before she turned into a man.”

Q. What do you say to readers who are offended by some of the racist language and attitudes in the book?

A. First, I would apologize to anyone who is offended.  Then I would appeal to them to consider the book a work of historical fiction.  It’s simply a sad historical fact that white people in the South in the 50s and 60s often used racial slurs to refer to black people.  I didn’t want to sugarcoat that in my book.  But I believe my best defense is to ask readers to consider how the black characters themselves are portrayed in the book.  Wanda, Martha, and even Old Sydney are among the few truly honorable characters in a story filled with jealous, greedy, and spiteful people.  Remember, it’s Wanda who saves the day by thwarting the wicked godparents’ scheme! 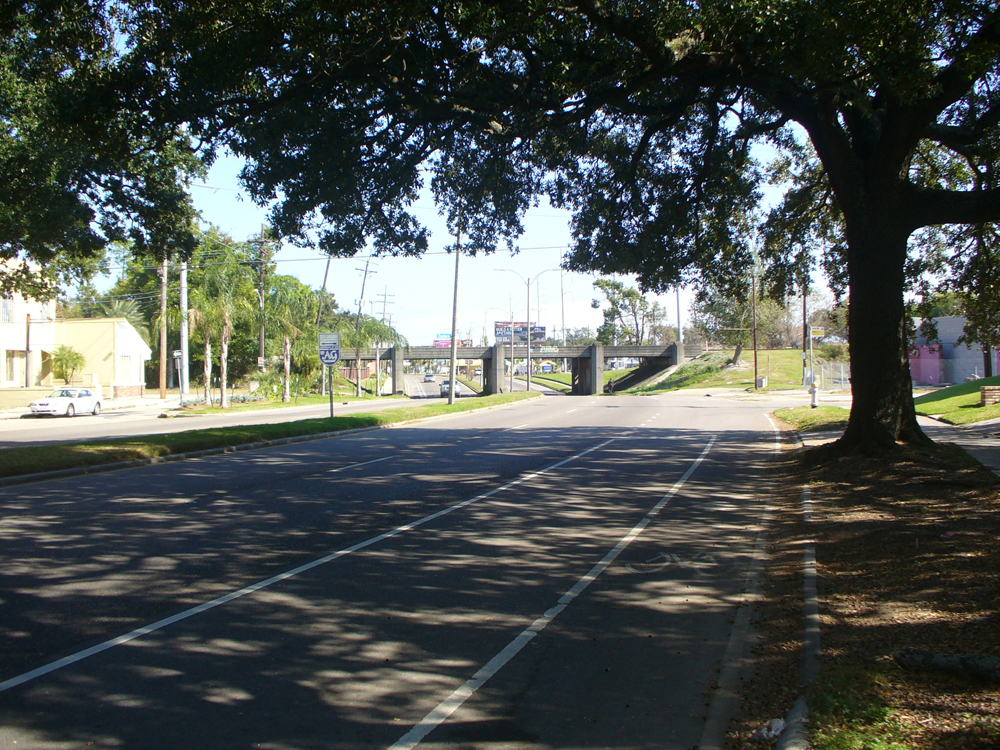 The old nuns nearly panic when Father Tony takes them for a ride a bit too far down Gentilly Boulevard and out of their comfort zone:

“It seemed we had only driven a few blocks when the oaken canopy over Gentilly gave way to barren utility poles ad crass billboards advertising cheap vodka and negro cosmetic products. ‘Lock your doors,’ admonished one of the sisters, for I had unwittingly crossed over the unmarked but all too psychologically real boundary between Gentilly and what had become known in recent decades as ‘New Orleans East.’”

Q. Why is the book so critical of the Catholic Church?

A. Once again, I think you have to distinguish between the book and the narrator who is telling the story.  This is not an omniscient narrator removed from the action.  The story is told from one person’s point of view, and that person—whether justifiably or not—considers himself grossly wronged and mistreated by the Church.  The reader has to understand that all of Father Tony’s comments and observations have been filtered through his own skewed experiences and outlook.  It’s as if we’re listening to one extremely disgruntled employee talking about the employer who screwed him over.

Q. The city of New Orleans is portrayed rather negatively in the novel. Why were you so harsh on your native city?

A. I believe New Orleans itself is a kind of tragic character: a city with great potential that, due to certain flaws, was never realized.  What those flaws were could be debated; perhaps sloth, ignorance, and a disconnect from reality among its people coupled with the corruption of its leaders.  Keep in mind that the book takes place mainly between 1959 and 1994, a period of time during which many Southern cities—Houston, Atlanta, Charleston—were moving forward.  Hardly anyone would say the same about New Orleans.  In its defense, though, I’ll say that the city is getting better, especially after Katrina.  Too bad it took a cataclysm of that magnitude to wake everybody up. 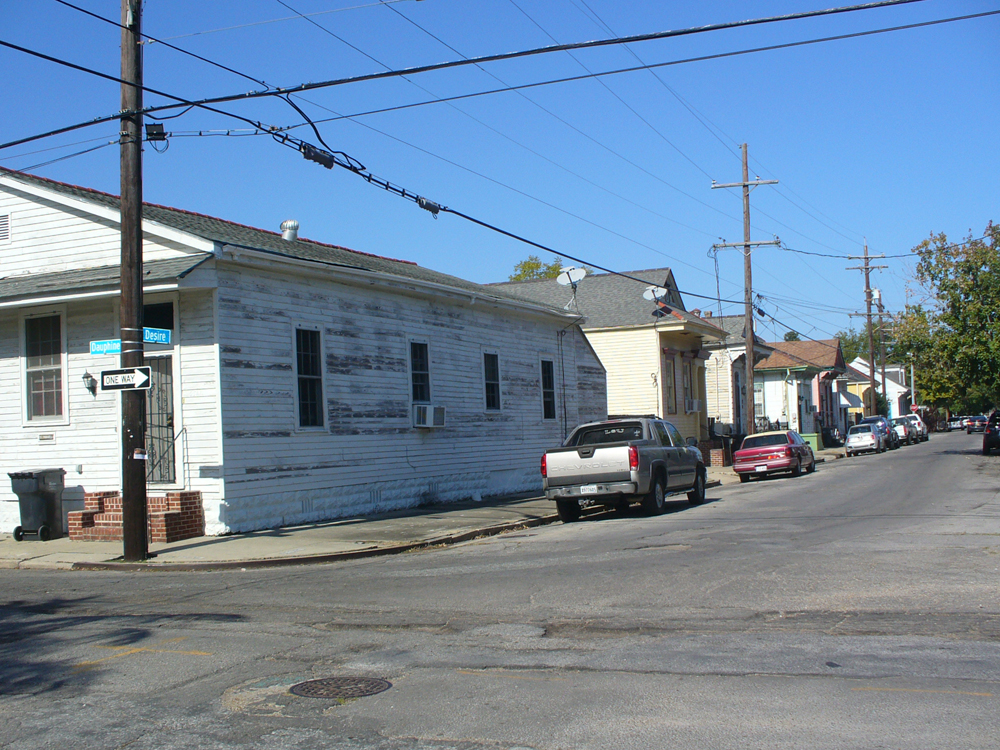 Putting aside his priestly persona to search for needy boys, “Mr. Broussard” rented the “Desire House” in the Bywater neighborhood, just downriver from the French Quarter:

“Bywater is not unlike many of New Orleans’ neighborhoods that adjoin the river in that it was originally settled when the Spanish and French plantations that had occupied the land broke up in the nineteenth century. What makes the area special is that it has changed so little over more than a century and a half. Of course other parts of the city try to boast of such timelessness—the Quarter and the Channel, for example—but their historical quaintness is all for show, an artificial creation of preservation groups and council resolutions. . . .Bywater is still untouched by all that nonsense. I could truly have been a nineteenth century Bosco in this little pocket where time had stood still.”