“The Death of Mama Miggliore”

“I don’t like her being in there without us,” said the Fishwife, spreading mayonnaise on a pistolette for Ronnie. She always prepared his plates for him as if he were a prince or an invalid.

“Would you rather stay in there yourself and change the dirty sheets?” said Anthony.

“No,” said Rose, “but I think she knows something.”

“Knows what?” asked Anthony. He was examining the broccoli on one of the trays, turning over one piece and then another with his stubby, tobacco-stained fingers. 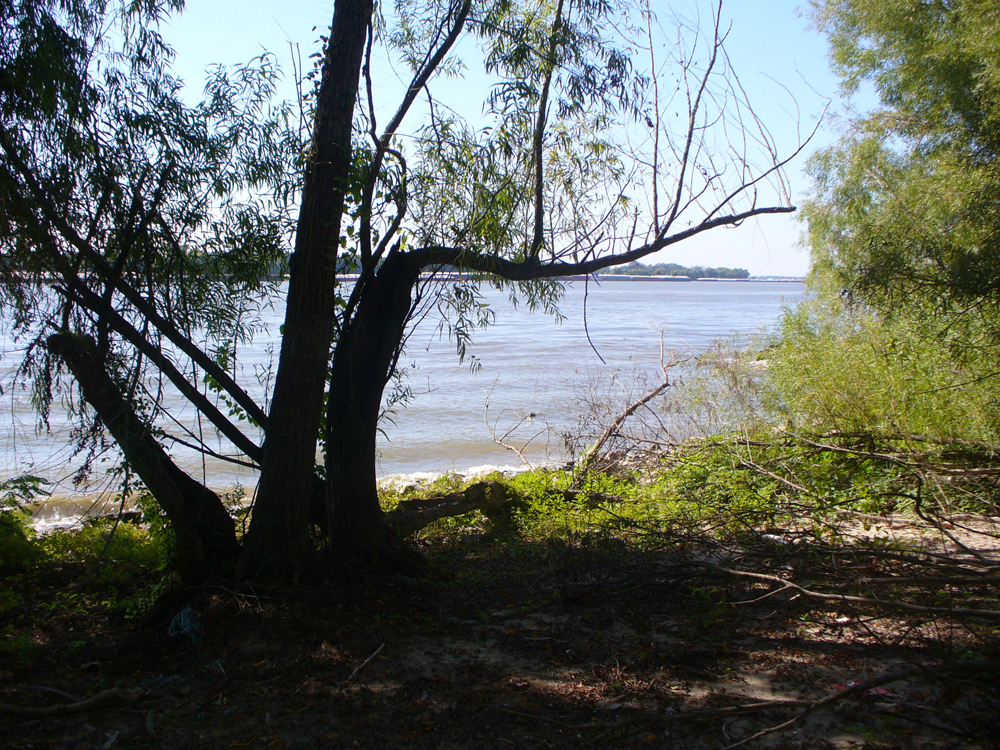 Behind the Mississippi River levee a bit upriver from the city. Joe and his cousins’ private hideaway would have looked much like this:

“I was thirteen when Tony first led us to what became our own private spot on the river. . . .Our destination was an old rusted barge that we made our meeting place. Like the river itself, it was invisible from the levee, obscured by the thick growth of trees and weeds that in the summertime was almost impenetrable.”

The monsignor continued lecturing us on the economics of sainthood. “When a cause is just getting off the ground, the main focus is PR, getting the word out to the public, letting them know about the Servant of God.”

“The Servant of God?” asked a confused Father Foley.

The monsignor obviously took pleasure in the pretense of authority, using jargon to elicit questions he knew he could answer. I had lately done some reading on the subject of saint making and knew that everything he told us that night was information readily available to anyone with a library card. And there he was, another of the Church’s frustrated little men who would spend his life toiling and spinning for the glory of those far more artful and ruthless than he, holding court like the postulator general of the Jesuits.

I was about to press the button again when I heard something on the other side of the great portal. At last one of the doors opened to the inside, and a gray-haired woman, perhaps in her early sixties, stood before me. She could have been clerical help or some other servant, but most probably a nun. It’s difficult to tell anymore—you have to look at the shoes.

She looked at me without expression. In fact, hers was a face that seemed incapable of expression—the product of decades of stifled emotion, of being in the midst of the great and powerful but seeing and hearing nothing. Her little round spectacles and hair cropped like Joan of Arc only added to her nondescript air.Continue Reading…